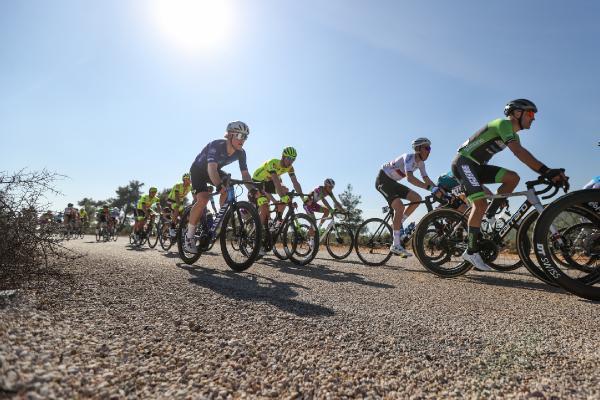 The Aspendos-Termessos stage of the Tour Of Antalya 2022 started at 12:45 from the Aspendos Antique Theatre. In this stage, where everyone controlled each other, the first 20 kilometers were passed in a single group. In the beginning, the tempo of the athletes was between 35-42 kilometers per hour. At the 26th kilometer, Giotti Victoria Savini Due's Gergely Szarka and Spor Toto's Edgar Nieto Nohales attacked and formed the front group and increased the lead with the peloton to 1 minute 10 seconds, then 1 minute 50 seconds, and then 2 minutes 25 seconds.

NOHALES GAVE CLIMATE CHANGE AWARENESS
Edgar Nieto Nohales from Spor Toto team passed the Climate Change Awareness Bonus Gate on the 53rd kilometer of the stage. Gergely Szarka from Giotti Victoria Savini Due took 2nd place, while Jakub Scott of Win Sungod took 3rd place.
NOHALES TAKES CLIMBING BONUS
At km 72.7, the Climb Premium Gate was passed with the 1st place of Edgar Nieto Nohales from Spor-Toto, one of the leading duos, while Gergely Szarka took the 2nd place. Meanwhile, Szarka from the front escape group was dropped and Saris Rouvy was chasing after Sauerland's Jan Knolle Nohales. The new time difference is given as 40 seconds.
SPRINT TAKES BONUS WITH KNOL
At kilometer 88.3 of the stage, the Sprint Premium Gate was passed. Jan Knolle from Saris Rouvy Sauerland, who later joined the escape group, crossed the line 1st. Edgar Nieto Nohales took 2nd place. The new time difference with the peloton increased to 1 minute and 10 seconds.
3 ATHLETES ESCAPE FROM PELOTON ARE INCLUDED IN THE FRONT DOUBLE
With 14 kilometers from the finish, Ludovic Robeet of Bingoal Pauwels Sauces, Matthew Gibson and Jakub Scott of Win Sungod, escaping from the peloton, caught the escape group and the 5 riders started to pace together. With 9 kilometers to the finish, the Peloton's speed reached 27 kilometers per hour just as the climb started.
20 CYCLISTS ENTERED THE FINISH
The group was very crowded until the last meters of the climbing stage. With 2 kilometers left, the groups gradually disintegrated. The attacks followed one after the other in the last 500 meters. Jacob Hindsgaul Madsen from Uno-X won the stage with his attack and also got the last climbing bonus.
The Tour of Antalya, which has been going on for 3 days, will end with the 162.1-kilometer Antalya-Antalya stage that will be run tomorrow and the champion of 2022 will be determined. 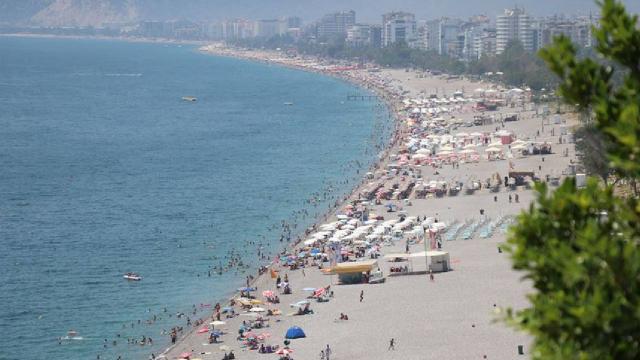 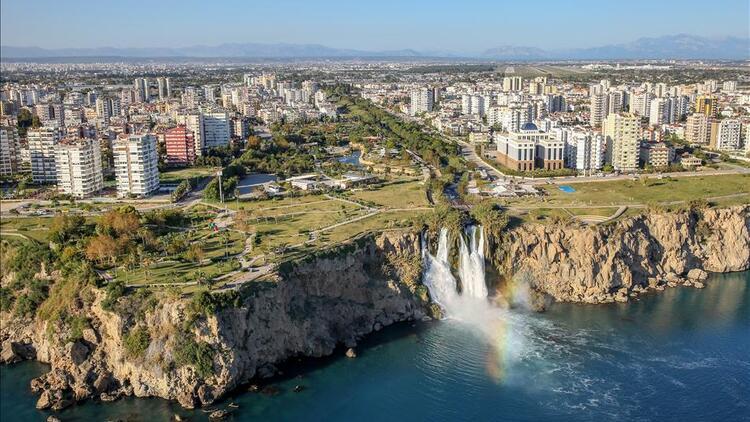 Officially broke the record! Germany, Russia and England could not give up

GERMANY, RUSSIA AND ENGLAND ARE LEADING

Located nearby the airport of ANTALYA, Turkey, FARMER CAR RENTAL INTERNATIONAL is active in over 16 cities all over Turkey. Always trying our best for our customers offering them the newest en cars and models, changing them every 2 year. From Antalya to Bodrum, Istanbul to Ankara, Izmir to Alanya and far more cities and airports we are always happy to offer our customers the best of service. We are wishing you a lovely and carefree holiday!